Four Mice Deep in the Jungle

Scooby-Doo and The Haunted Halloween

Scooby-Doo and The Grim Goblin

Scooby-Doo and The Glowing Monster

Scooby-Doo and The snow monster scare

Scooby-Doo and The Groovy Ghost

Scooby-Doo and the Magic Pumpkins

where the wild things are

Happy reading beautiful boy! We are all so proud of you for raising money for such a worthy cause. All our love Greg, Mia, Vasili and Grace xx

Nate dogs need to stick together - schumbags for life!

Hey Nate, we are so proud of you! Good luck!

Wow, you are going great Nate!

Read away Nate! Looking forward to seeing the list at the end, From Aunty Vee and Carol

You’re awesome 👏 Nate! Taking the challenge in your stride!

Enjoy the reading Nate . Keep up the good work bud. 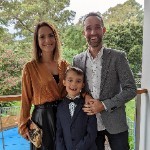