Diary of a Minecraft zombie book 28 - The abominable snow golem

The Bad Guys (Episode 11) Dawn of the Underlord

The Underdogs -Fake it till they make it

by Kate and Jol Temple

Who would Win? - Ultimate ocean rumble

Sky Dragon- Take to the skies

Keep up the great reading!! 📖

I am so proud of you Sebastian well done!

Good luck in reaching your goal Sebastian. Have fun reading. 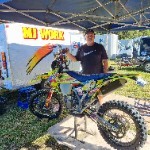 Hi Sebastian, it is a very nice thing to do to help raise money for people that need all the help they can get. I hope u reach your target. Good luck.

Shoulders Back & Smash It